I’ve always been envious of people who can write fiction. With factual writing you get to a point where you know it’s complete, whereas with fiction you can keep editing and refining endlessly. That being the case, I’m delighted to be able appraise my friend Gavin Collinson’s first novel The Hitchcock Murders. It’s a great idea: a serial killer is targeting attractive blonde women – a fetish of the famous thriller director Alfred Joseph Hitchcock – and dispatching them in grisly ways based on the slayings in Hitchcock’s movies.

As it’s such a great idea it has been done before. The 1973 film Theatre of Blood, in which a deliciously camp Vincent Price played a Shakespearean actor who took out his critics in murders based on murders in the Bard’s plays, is the most obvious example. Then there’s the TV series Whitechapel, which has serial killers basing their modus operandi on historical crimes, not to mention numerous episodes of The Avengers, where villains fanatical about everything from cats to clowns dispatch their victims in bizarre ways that reflect their obsessions.


More recently, there’ve been Ben Aaronovitch’s books about the Folly, a secret division of the Metropolitan Police which deals with supernatural crime, in which an ingénue officer is paired with an experienced mentor. There’s the same kind of relationship in the newly promoted Detective Chief Inspector Josa Jilani and veteran criminal consultant Daniel Blake at the centre of The Hitchcock Murders, but unlike Aaronovitch, Collinson roots his story firmly in an every day here and now.


Josa is a British Asian Muslim woman and, apart from dealing with a Hitch-obsessed killer, has to cope with prejudice inside and outside the police, as well as the political pressure of being the poster girl for the Home Secretary’s ethnic initiative within the force. This angle, together with other genuine touches, such as how a new DCI wins over their team, the gulf between commander and rank and file officers and the amount of tedious slog involved in investigations, indicate that unlike some of his contemporary writers Collinson has actually been inside a police station. His authentic grip on Josa’s working environment adds a lot to the story and is an effective contrast with the macabre sequences.


Collinson is also hip to the role of the press in complicating and compromising police investigations, together with the absurdity that can result in a 24 hour, 24/7 greedy media culture. For instance, the day the Hitchcock connection is announced, the Shopping Channel has features on how blondes might like to try on a selection of ridiculous new hats to hide heir hair colour, as well as a new type of sponge that lets you have an all-over body wash without the need for a shower (so you don’t end up in a watery grave like Janet Leigh did in Psycho). Observations like this are just some of the novel’s many incidental pleasures.

Refreshingly, the flirtatious relationship between Josa and Blake isn’t so much will-they-won’t-they, as they’re-both-gagging-for-it-but-the-crimes-keep-getting-in-the-way. Josa and Blake are so well realised that you’d like to hang out with these people, and because of that are compelled to keep turning the pages to see what happens to them. There are also tantalising hints about the enigmatic Blake’s dark past, cannily set up to be developed in successive novels (and it’s a sign of he publisher’s confidence that the second, They Keep Killing Marilyn, is announced at the end of the book).


Every thriller needs a great suspect, and Collinson really knows his stuff here. Professor Paul Salinger, a pompous and arrogant academic who just happens to specialise in teaching Hitchcock, dances around Josa and Blake swapping verbal volleys to revel in. This is a character steeped in a history of memorable confrontations that take in Bond and Blofeld, Holmes and Moriarty and Dr Who and the Master/Mistress, to name a few. If you like any of those you’ll love the battle of wits here.


A supporting cast of regular characters also make an immediate, engaging impression: the stiff-necked Superintendent Kim Gilmour who’s Josa’s careerist boss; the garrulous, American bear-of-a-man Jack Dempsey who’s Blake’s ‘father’ (you can just see Edge of Darkness’s Joe Don Baker playing him); Preya, Josa’s statuesque older sister, who the detective is slightly jealous of and Karen Sherwood, a blatantly opportunistic journalist, all live and breathe through sharp, clever and funny dialogue. In fact, Collinson’s lines are so good they could drop unaltered into a screenplay adaptation.


The prose style is a joy to read too, particularly in the way physical descriptions are used to define characters’ personalities. Two that stick in the mind are portraits of one of Salinger’s students and his personal assistant: Todd Marten has ‘something inverted about him. It was like he was embarrassed there was so much of him, as if he’d prefer to have taken up less space,’ while Cordelia Smith has a face ‘invariably set in an expression of mistrust and displeasure, as hard and warm as a butcher’s slab.’ I’ve rarely seen action scenes described better, too. It’s as if Collinson storyboarded them first (as a film director would) before he wrote them up. Maybe he did.


Did Salinger do it? Not saying. Even though The Hitchcock Murders is a hefty tome, the pace is so strong that you’ll be devouring the pages to find out and be delighted that there’s still more to read.


I know next to nothing about Hitchcock, so a handy filmography at the end, which is very informative and enlightening, is an extra bonus. And the cover is just beautiful, inspired by Hitch’s graphic designer Saul Bass.


All together, a very stylish package and a striking debut. Gav done good. 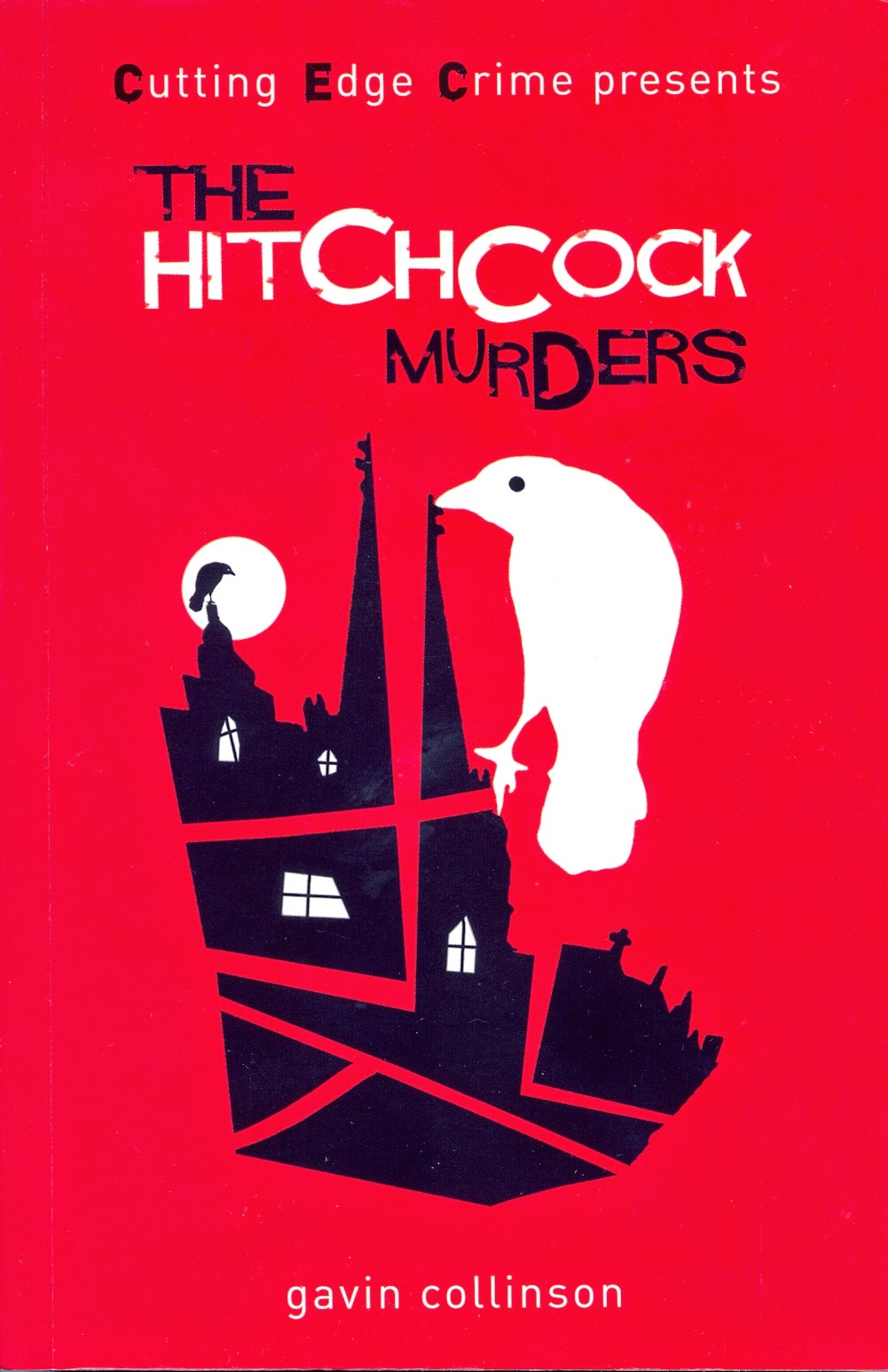 Posted by Robert Fairclough at 23:17 No comments: